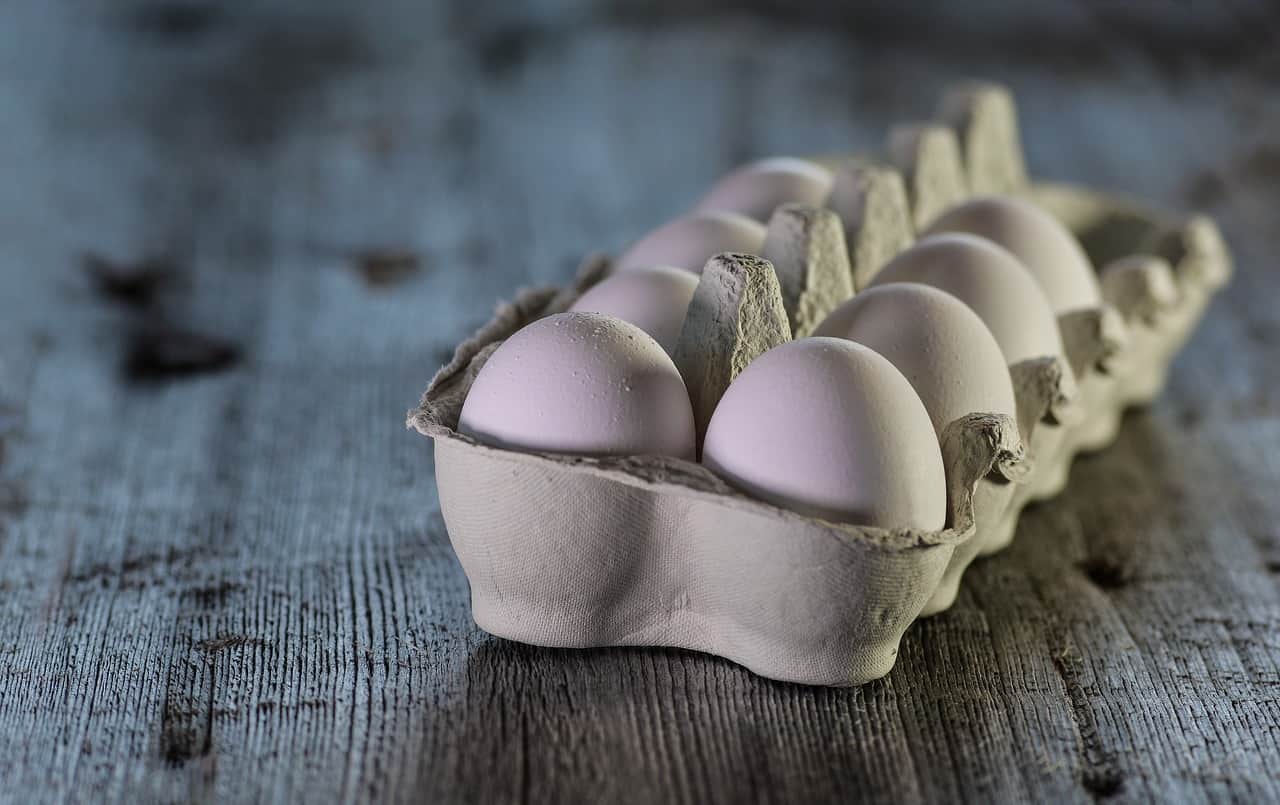 Even though they do not contain animal cells, egg whites should never be on a vegan menu. It might seem like an obvious answer, but egg whites are not vegan. The cruel welfare of chickens in the egg industry makes them a huge no for a start.

We’re going to take a closer look at why egg whites are not vegan and talk through some of the mouth-watering alternatives that can stay on the plate for a plant-based diet.

What Are Egg Whites?

Egg whites are clear liquids that provide a fertilized egg with the water needed to develop the embryo. They are also there to protect against any sudden and strong movements that could damage the embryo.

Essentially, egg whites are shock absorbers and keep the yoke exactly where it needs to be. It also provides water and protein to a developing embryo.

Also known as the albumen, they also act as a thermal defense so play a key role in the development of an embryo.

Why Are Vegans Against Eggs?

It isn’t just vegans who are against egg whites, anyone who cares about animal welfare should be.

The conditions they live in are just one reason many vegans will never touch an egg. Even organic, free-range eggs are off the menu for vegans.

This is because they are often killed after a few years once their egg production slows with age. Once they are no longer useful, chickens are disposed of. It costs money for farmers to continue feeding a chicken, and this turns out to be more money when it is no longer serving a profitable purpose.

There is plenty of information out there showing that the production of eggs involves the exploitation of hens. Not only are they purchased solely for the use of their reproductive systems, but they are kept in cages where they can barely move.

Chickens lay eggs regardless of whether they are fertilized. Because of this, some people consider themselves veggans and will follow a plant-based diet, but also eat eggs.

For most vegans though, the whole concept of keeping an animal alive just to exploit something they produce is a big no. It would be like harvesting humans only for something they might produce that could be consumed. It wouldn’t sit right with most people’s ethics, so why would it be any different when it comes to animals?

What Is A Vegan Replacement For Egg Whites?

You may have heard the term ‘vegan egg whites’ which do not contain any animal product. These plant-based ingredients can vary, and here are some of the most popular and delicious.

Often used in scrambled eggs, it has a similar texture to egg and can be flavored so you barely notice the difference. Anything that requires the use of multiple eggs is going to work such as a quiche.

Because it absorbs other flavors, Tofu can even be used in baking, think brownies and cakes that have that similar fluffy texture.

This is a recent discovery that is very much on the menu for many vegans. It is essentially the water that you will find in your tin of chickpeas or kidney beans. Thicker than your usual glass of water, it can be whipped into a thicker consistency.

Thanks to Joel Roessel, a French vegan and musician who discovered the recipe, with the addition of bean gums, starch, and a few other ingredients, it can replicate egg whites.

Because of its consistency, it can be used to make mousses and even meringues.

A popular ingredient in vegan baking, it acts as a binder making it ideal for scones and cookies. When trying to replicate a recipe, use 3 tablespoons of chickpea flour with 3 tablespoons of water per egg and combine until you get a creamy consistency.

It is available in most health food stores but is also making it onto the shelves of many chain supermarkets.

Because it already has a creamy consistency, coconut milk is a viable vegan egg white replacement. Coconut milk and baking powder are used as a leavening agent although it is usually a replacement for egg yolk.

What Are Vegan Egg Whites Made Of?

Most people are starting to associate aquafaba as the go-to egg white replacement.

It is made up of water that takes up ¾ of a tin of chickpeas when the contents are drained. When whipped in combination with a handful of other ingredients, you get a gloopy, consistency similar to egg whites.

One tin of chickpeas will generally provide the equivalent of 4 egg whites when whipped. The best option in the supermarket is unsalted chickpeas as otherwise, it can impact the taste a little too much.

No one wants a meringue that tastes like chickpea or overly salty. It is easy to replicate a recipe and make it vegan. Just be mindful of the quantity. Because they can take a while to dry, you may need to experiment with the baking time when using aquafaba. Vegan egg whites tend to need longer.

How Are Vegan Egg Whites Made?

It’s a simple process, but it does take a little work to whip up vegan egg whites. Aquafaba is best made using a tin of chickpeas as it is close to the consistency of an egg-white already.

They are made with a pressure cooker to take a lot of the strain away.

Although egg whites are not vegan, there are ways to replicate them. Aquafaba is the most popular and one of the easiest ways of ensuring you can still make that vegan meringue or vegan mayonnaise.