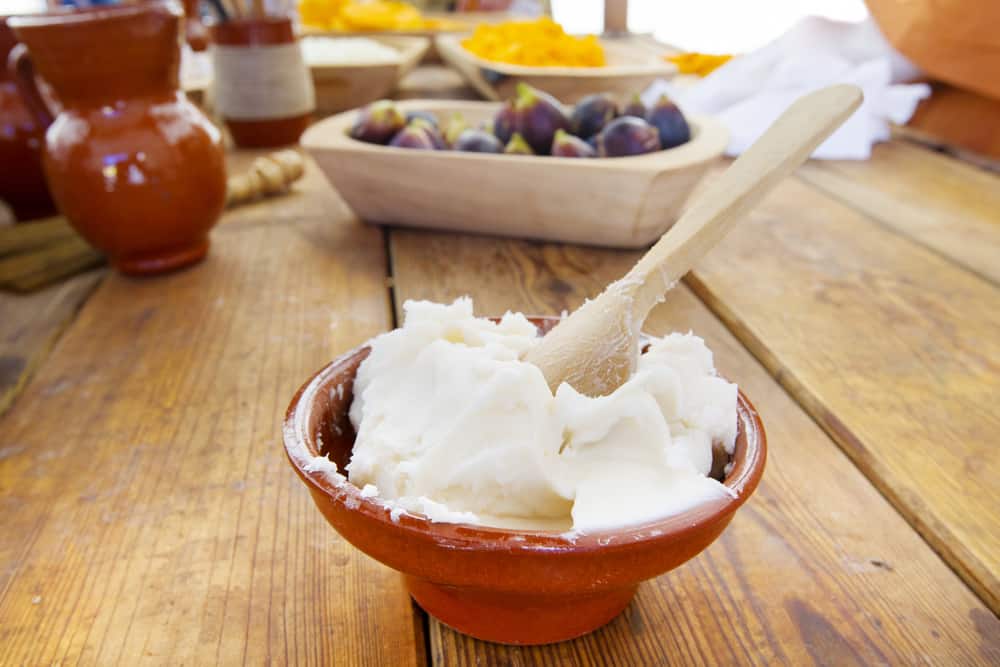 It doesn’t sound the most pleasant – made from fat from the abdomen of pigs, which is then rendered to make it suitable for cooking. Because of this, lard is not vegetarian.

Some substitutes are perfectly acceptable, and we are going to take a closer look at them to see how suitable they are.

What Is Lard Made Of?

Popular in baking because of its large fat crystals, lard combines well for a thick taste and is typically used in recipes that call for shortening or frying with fat.

To put it simply, lard is pork fat derived from the back and kidneys. This is different from that of cattle or sheep which is known as tallow. The definition can change depending on which part of the animal the fat is derived.

Lard is made from 100% animal fat which makes it unsuitable for a vegetarian or vegan lifestyle.

How Is Lard Made?

Any water tends to cook-off during the process leaving only the fat that can be used when cooled, like lard.

Depending on the way it is processed, lard may or may not have a pork aftertaste. It will always have an opaque smooth texture.

Is Lard An Animal Product?

Yes, it is. It doesn’t matter which of the different parts of a pig it is derived from, lard is an animal product.

This is different from dairy that is taken from the animal but does not require them to be slaughtered as part of the process. Lard is made purely from animals so it is completely unsuitable for a vegetarian.

What Is Vegetable Lard?

It is made from vegetable oil and is sometimes known as vegetable shortening. You will often find it is made in a similar way to cooking oil. Expect soybean oil to be a common version.

Derived from hydrogenated vegetable oil, it is a popular vegetarian-friendly substitute for lard. Used to grease pans because of its texture, this solid fat is solid when at room temperature and does not have much of a flavor.

It is available in most stores in a tub and is popular in baking due to its vegetarian-friendly recipe.

Is There A Vegetarian Substitute For Lard?

Not everyone realizes that lard isn’t vegetarian, but when you do, it can be difficult to find a substitute. Thankfully, vegetable lard or vegetable shortening is a great option.

It has a taste that is closer to butter than lard but doesn’t have the same flaky texture as the pork-derived option.

Still, it is popular in baking recipes as it gives a pleasant marbled look to the dough due to it being a solid fat.

As long as it is not made from animal fat, hydrogenated lard is usually vegetarian. If it is made from palm oil or soybean oil then this is a good vegetarian option.

It is hydrogenated to ensure it remains solid at room temperature and for vegetarians, will often be called vegetable shortening.

This is not to be confused with partially hydrogenated lard which is semi-soft.

According to Spoontacular, this version of lard is vegetarian-friendly.

It is not clear if this is the case as the ‘Manteca Lard’ term used is difficult to define since Manteca is the Spanish word for Lard. Most of the resources will mention pork fat so it is better to avoid it and stay on the safe side.

This makes it difficult to determine if the lard is pork derived as this can be hydrogenated, much the same as vegetable lard. Because of this, we have to stay on the side of caution and say that it should not be consumed by vegetarians until there is more information available.

As a vegetarian, lard is very much off the menu. Some of the alternatives are widely available, and there is almost no difference in terms of taste.

Vegetarian baking doesn’t have to be restrictive, and lard is easily replaceable when you want to make fluffy pie crusts and other delicious recipes.