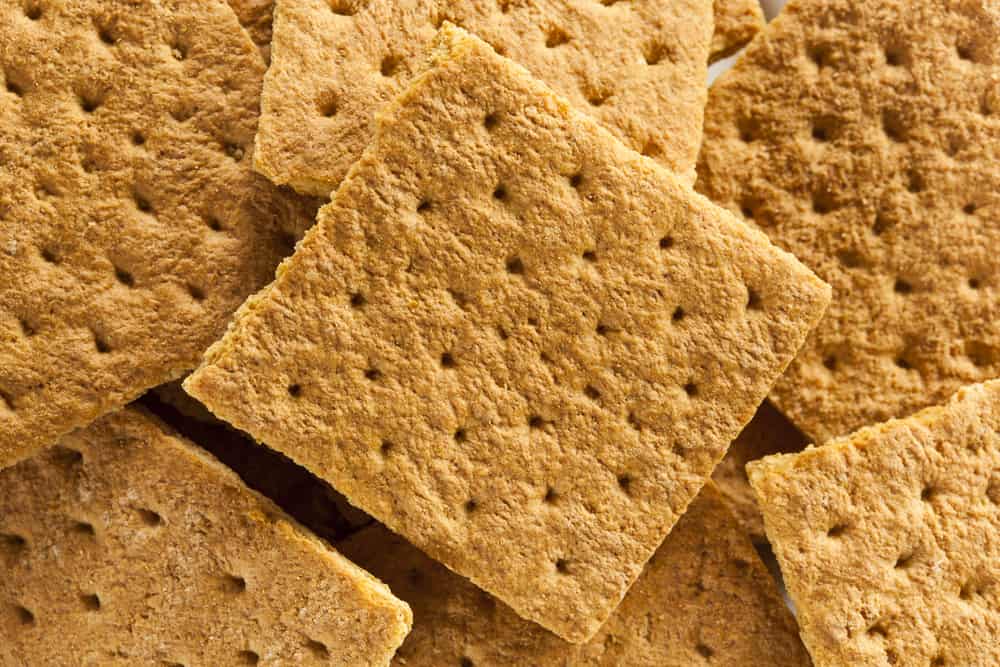 Anyone who has just turned vegan may wonder if they have to give up some of their favorite snacks. So, are Graham Crackers vegan? Thankfully, following a plant-based diet means you can still enjoy the cinnamon version. Although the honey option is off the menu, Graham Crackers are vegan.

Still, it is good to take an in-depth look at their manufacturing process and examine the other brands making Graham Crackers to see if they are also vegan friendly.

What Are Graham Crackers Made Of?

As with any snack, the recipe can vary depending on the manufacturer, but the key ingredients remain the same. Look out for the honey version and avoid it as this makes them non-vegan.

This leaves the popular cinnamon Graham Crackers, and they are typically made of the following ingredients:

The only ingredient that may be of concern in terms of being vegan is sugar. Since it is often unclear as to how the sugar in snacks is processed, it leaves the possibility that bone char is used as part of the refining process.

Beet sugar does not involve the use of bone char but again, it is not always clear as to which type of sugar is used.

Do Graham Crackers Have Eggs?

When looking for dairy, the most common ingredient profile for Graham Crackers is reassuring. The likes of egg and milk are rare, although some homemade recipes will suggest using butter.

Look out for brands that may be vegan friendly, but could contain eggs through cross-contamination. KinnickKinnick’s Smoreables Graham Crackers is one brand that is dairy-free, suitable for vegans, but cross-contamination is possible.

Some companies used shared equipment to make different products meaning there could be traces of egg or milk in their Graham Crackers.

Sometimes when a brand is not specific about the natural flavors it can mean dairy products, including eggs. There are responsible companies who will specify that their natural flavors are a non-vegan ingredient, but it is best to not rely on this.

If in doubt, try to contact the company directly.

How Are Graham Crackers Made?

Interestingly, the process of making Graham Crackers has remained similar to the original methods of 1829. They are made by combining the raw ingredients then compounding, machining, baking, shaping, and packaging them for sale.

They get their name from Graham flour and were once considered to be a bit bland. Nowadays, they are a popular recipe for home baking. The process of making them at home often involves using butter and cream, this is not the case for manufactured Graham Crackers.

As mentioned before, the manufacturing process can result in cross-contamination which means traces of milk or egg are possible. Taking a closer look at which brands may be guilty of this and which are not will reveal the strictly vegan options.

Graham Crackers are flavored with cinnamon or honey. The honey version would not be vegan-friendly for most people, as it is an animal-derived ingredient. This is easy to avoid with one look at the packet and the ingredients list.

Because of the inclusion of honey, Honey Maid Graham Crackers are not vegan. The rest of the ingredients they use are vegan, even the artificial flavor. This is a combination of chemical ingredients made to create a taste that is close to another flavor, but unless specified, is typically vegan.

This shouldn’t put a vegan off consuming certain products, but the Honey Maid version is a no-go because of honey. It is a shame because they are one of the most readily available brands.

Honey Maid also makes a cinnamon version, but this also contains honey, making it another that is not vegan.

This is another case of a brand using organic ingredients that are not vegan. Organic honey is the main culprit again.

It isn’t this alone though. Annie’s Graham Crackers are not vegan because they are made on shared equipment where milk is present. There is no guarantee that this will not cause cross-contamination.

What Brands Of Graham Crackers Are Vegan?

Thankfully, there are plenty of options for anyone who wants to get a vegan Graham Cracker. Here are some of the most noteworthy:

A favorite among many vegans, the original is both free from animal products, with no dairy making them vegan.

The ingredient profile reads as follows:

There is no honey in sight although the inclusion of palm oil is problematic to some who follow a plant-based life. This is because of the impact that extracting the oil has on the animal kingdom.

Based in Edinburgh, UK, they make several Oat Graham products that are as close to a Graham Cracker as possible.

Their website states that three of their flavors are vegan friendly, so opt for the original, stem ginger, or raisin variants. The chocolate chip version is likely to contain milk, making it fine for vegetarians, but is not vegan.

Another popular brand, Nabisco Graham Crackers is vegan. The good news is that they are easy to get hold of and contain whole grains making them healthier than many of the alternatives.

There is no honey in sight, which is part of the reason why so many vegans enjoy them daily.

Without honey, pretty much every Graham Cracker would be vegan. This is just one version of the snack, and thankfully the cinnamon option is available.

The contentious subject of bone char does raise some questions, but for many vegans, Graham Crackers are a snack that can be enjoyed, with a decent number of options available.